I've been following the drama of the two recently-launched Galileo FOC satellites. To my knowledge, nothing is yet known about the status of the transmitters, nor have the PRNs been revealed, nor does an acquisition search over all 50 codes in the Galileo ICD yield any signals when the satellites are in view (though PRNs 11, 12, and 19 show up as expected).

So if the satellites are transmitting at all, perhaps it's with a nonstandard code. One way to check is to take a trip back in time and revisit one of the very oldest GNSS receiver techniques, that of squaring a BPSK signal to recover a tone, then driving a PLL with this tone. (The Macrometer V-1000 receiver used this scheme.)

Now Galileo E1 when viewed in a 4 MHz bandwidth is not BPSK---it is, I believe, a three-level signal, {-1,0,1}, being the sum of equal-power E1-B and E1-C with negligible contribution in quadraphase from PRS. But squaring still works on a signal of this type, though not quite as well as with BPSK.

Here is a waterfall plot with several satellites visible, and indeed Galileo PRN 11 is one of them. Its identity is confirmed by acquiring and tracking in the conventional way, then verifying that the Doppler is identical (modulo the factor of 2 from squaring). 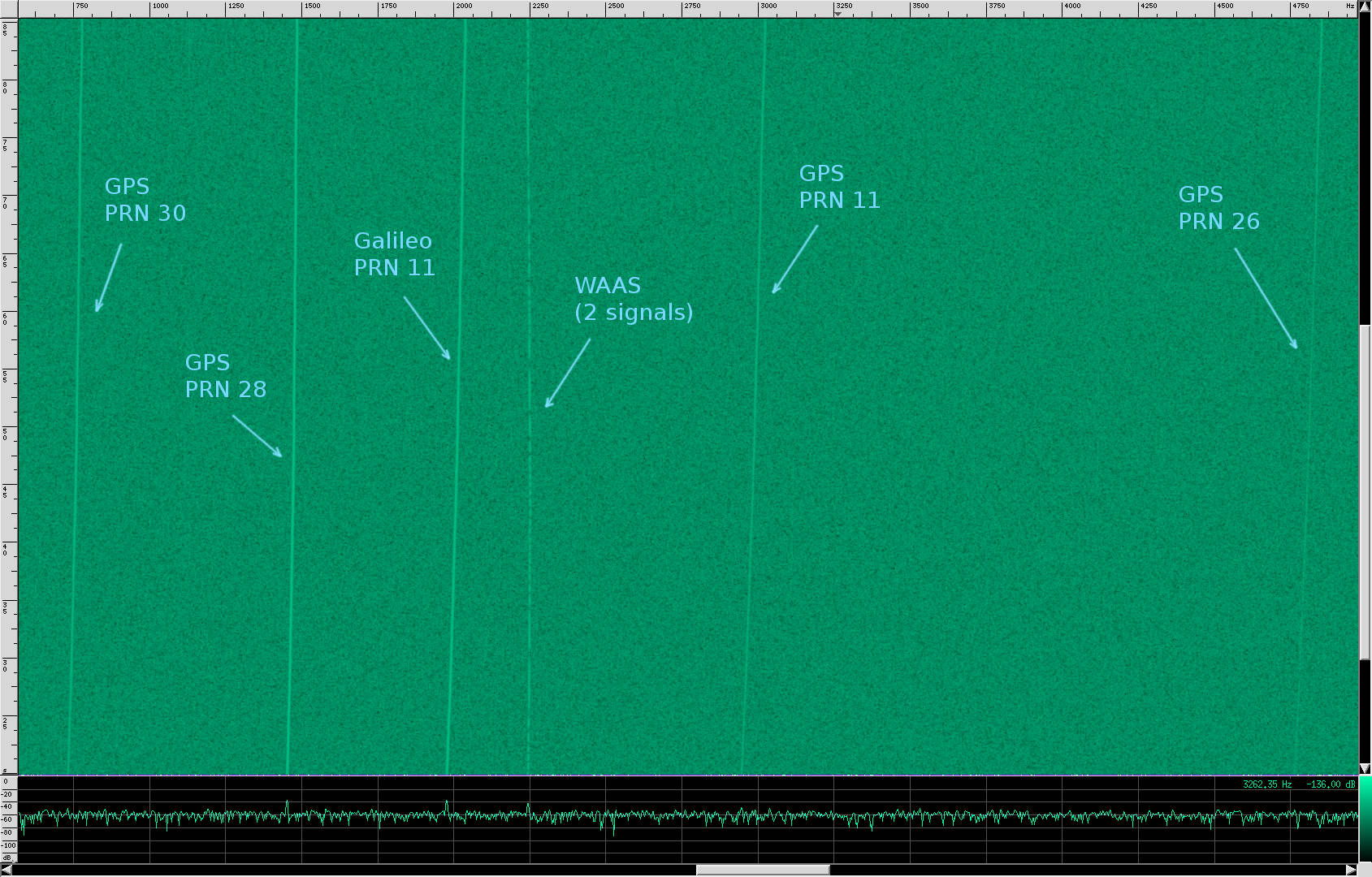 As of September 20, though, there is still nothing from the new satellites. A predicted Doppler curve can be derived from orbital elements, but there is nothing in the spectrogram at the anticipated Doppler. So we wait.

Code for this "receiver" (all of a dozen lines) is at the GitHub repository (squaring.py). Its output can be piped to the indispensable baudline spectrum analysis tool for interactive viewing.