After looking through Dick Lyon's web site devoted to the Otis King cylindrical slide rule, I decided I had to have one, even if only made of paper. So here's a Postscript / PDF version of an Otis King model L—just cut out the pieces, tape them into paper cylinders, assemble, and start calculating.

After a dozen random multiplications, I seem to be getting around 0.02% rms error, or a little under 4 decimal places accuracy. On stiffer media maybe 0.01% is realistic. Here's the python script that automates prompting the user with random numbers and calculating the errors. 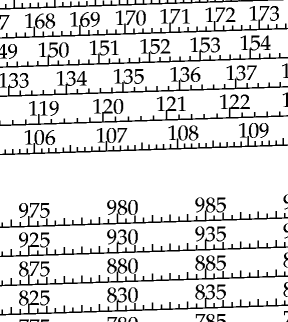