Some updates on the GNSS Firehose system as it approaches general usability:

The enclosure is the same as before, a Hammond 1455L1201, with fancier artwork this time: 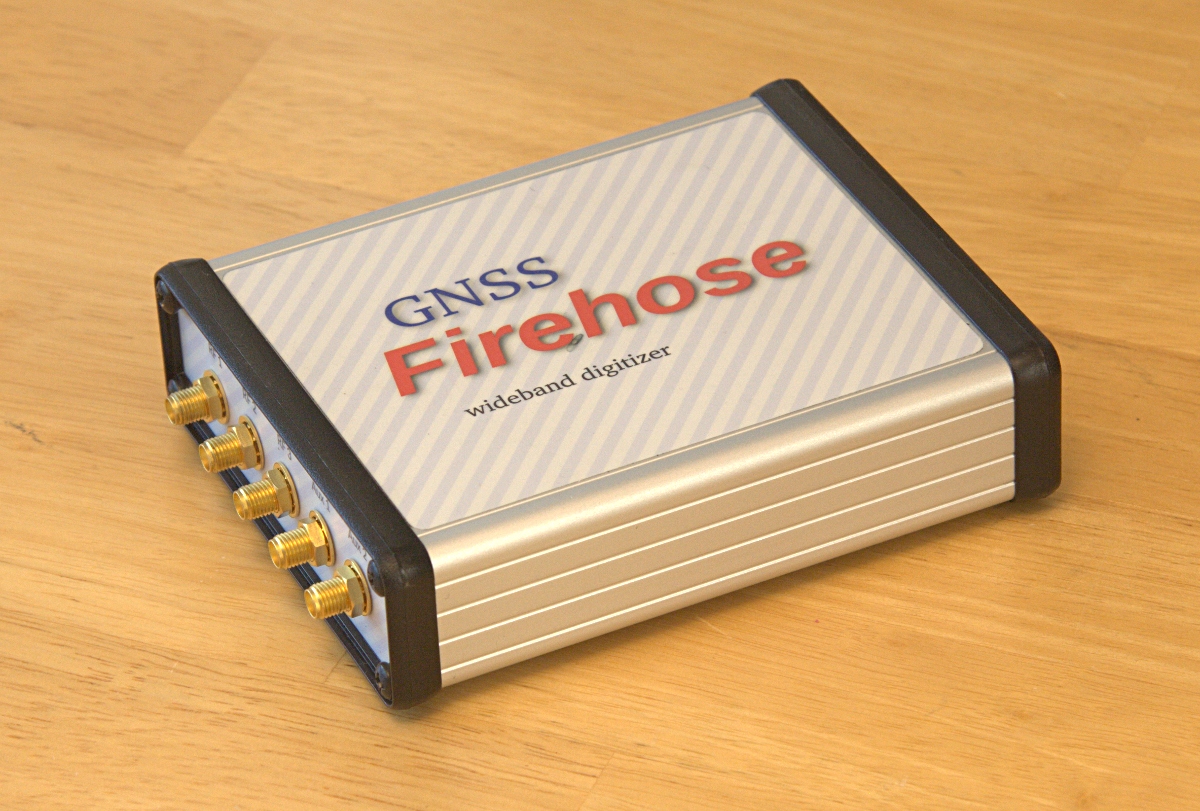 A run of 20 boards was assembled, with a very pleasant yield of 100% (thanks, Sparqtron!). Here's a shot of some of them. They have yet to receive the small 3D-printed plastic cap for the TCXO. That turns out to be quite important to reduce air currents near the device---it dramatically improves the performance of the local clock, so that, for a reasonably strong signal, there's only the occasional excursion of 1 Hz or so over timescales of a few seconds. (I should make an Allan-variance plot from one of the PLL tracks.) 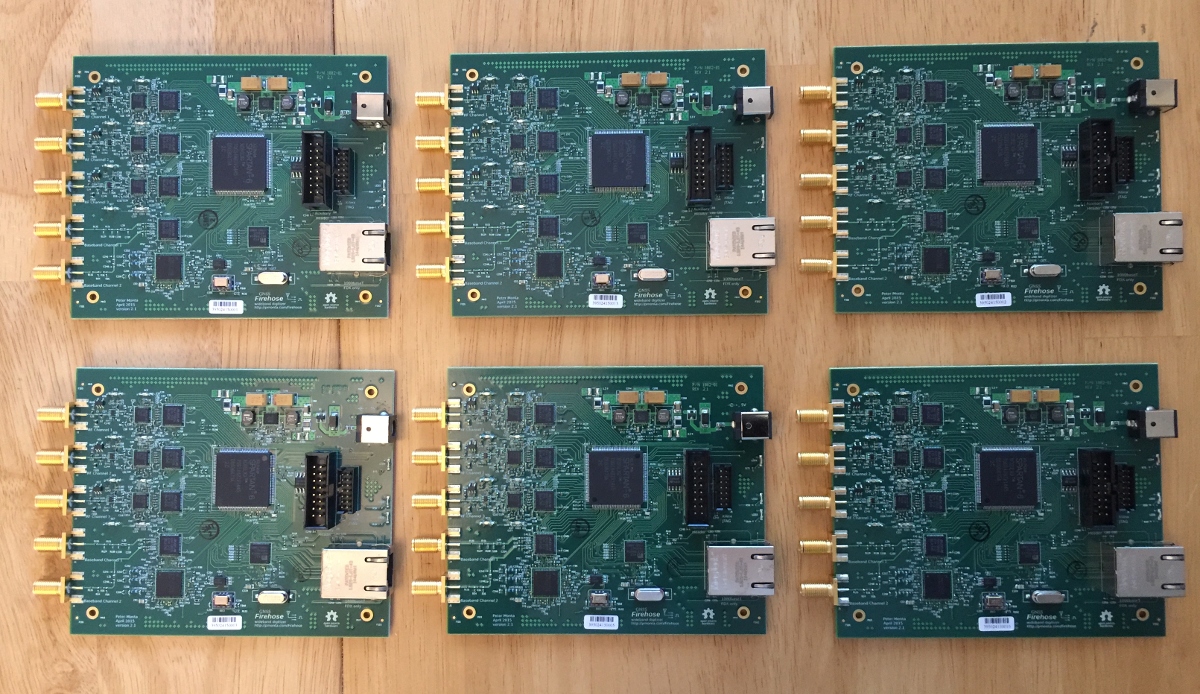